Published on August 7, 2015 under Brazil 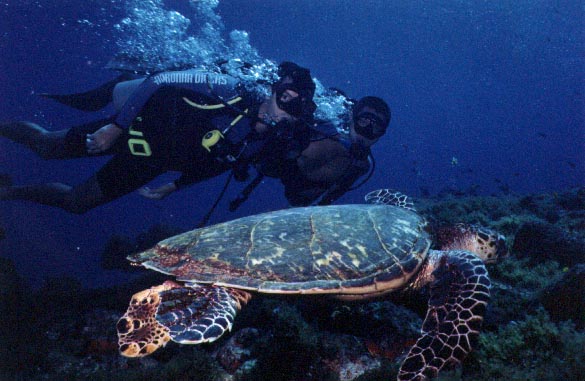 Take a look at these amazing destinations in Brazil. Some you may already know while others are mostly undiscovered by the world.

The Chapada Diamantina is at the center of Bahia state, in the Northeast of Brazil. The breathtaking landscape, its huge canyons with rivers, innumerous waterfalls, amazing caves and rock formations as well as a great extent of trails, once used by miners in their search for diamonds, makes it one of the best destinations in Brazil for the practice of outdoor activities. 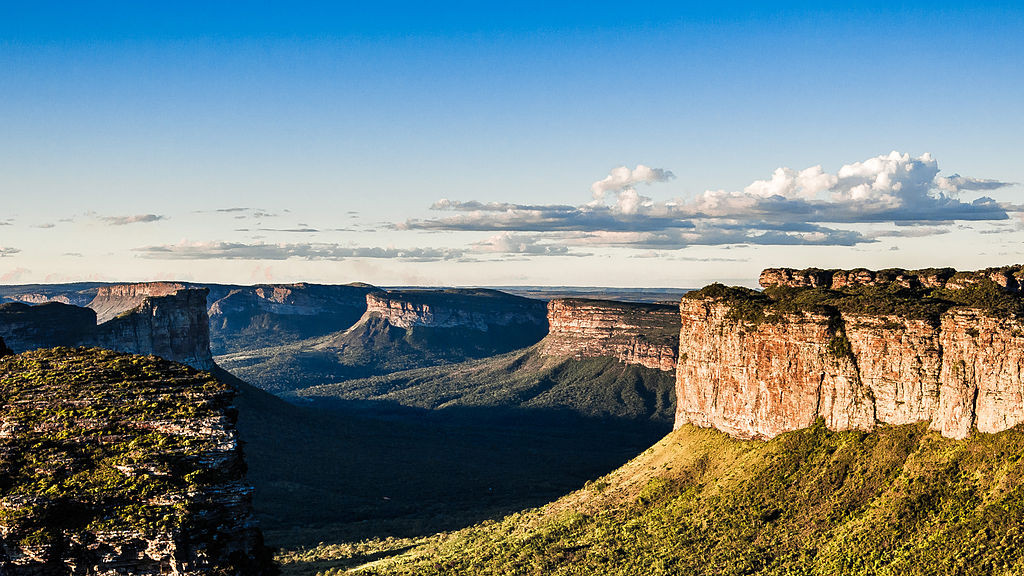 By Kennedy Silva (Own work) [CC BY-SA 3.0], via Wikimedia Commons 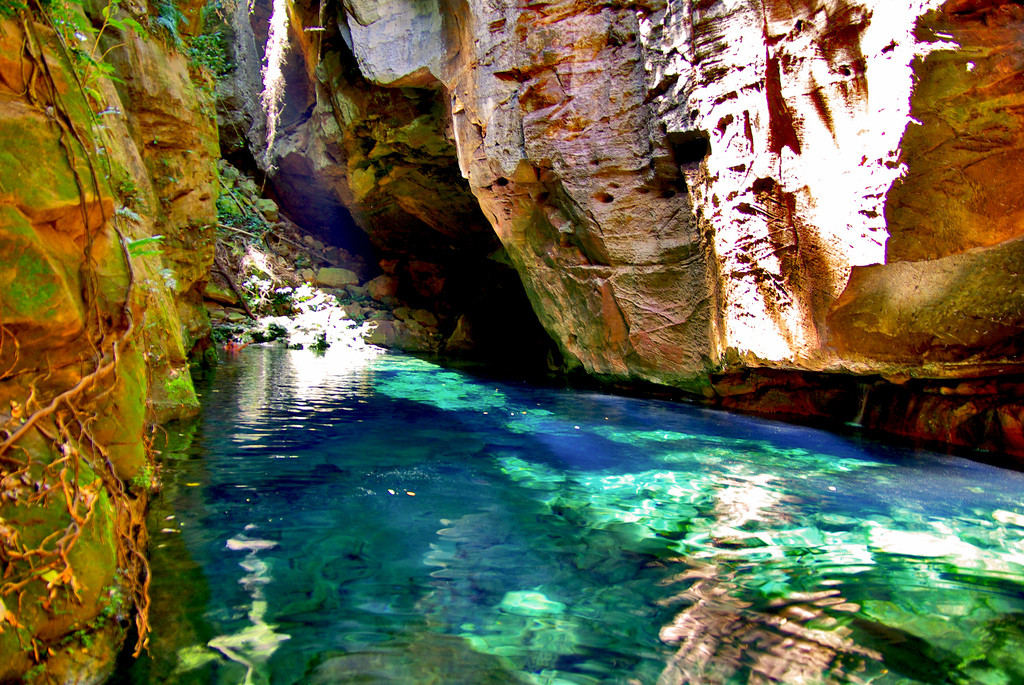 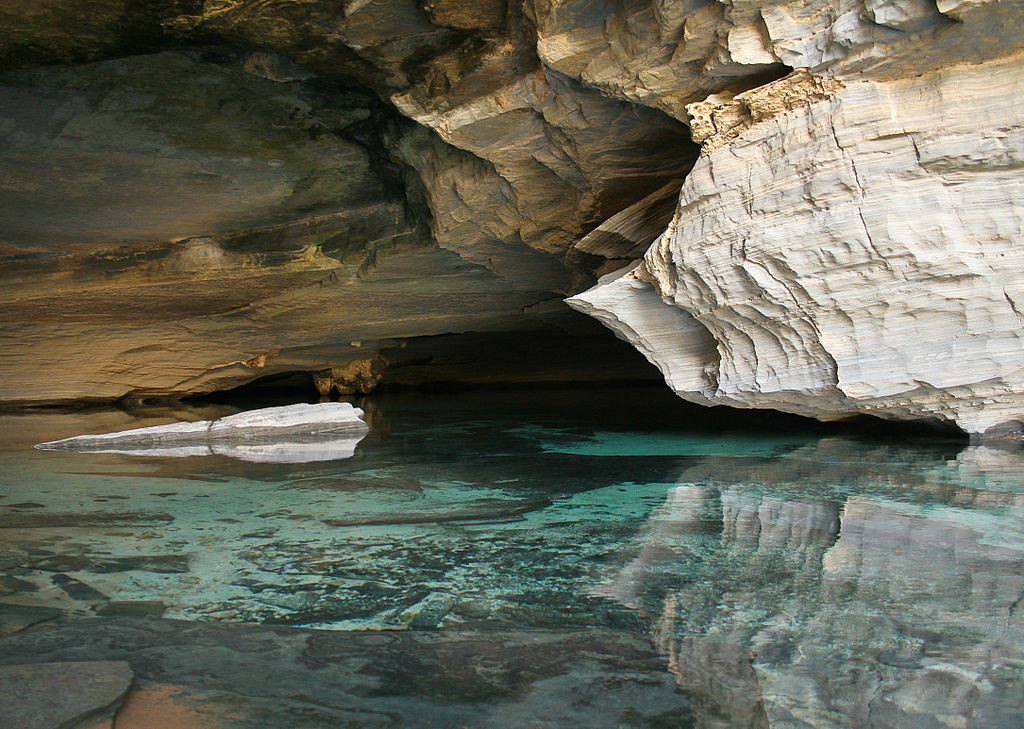 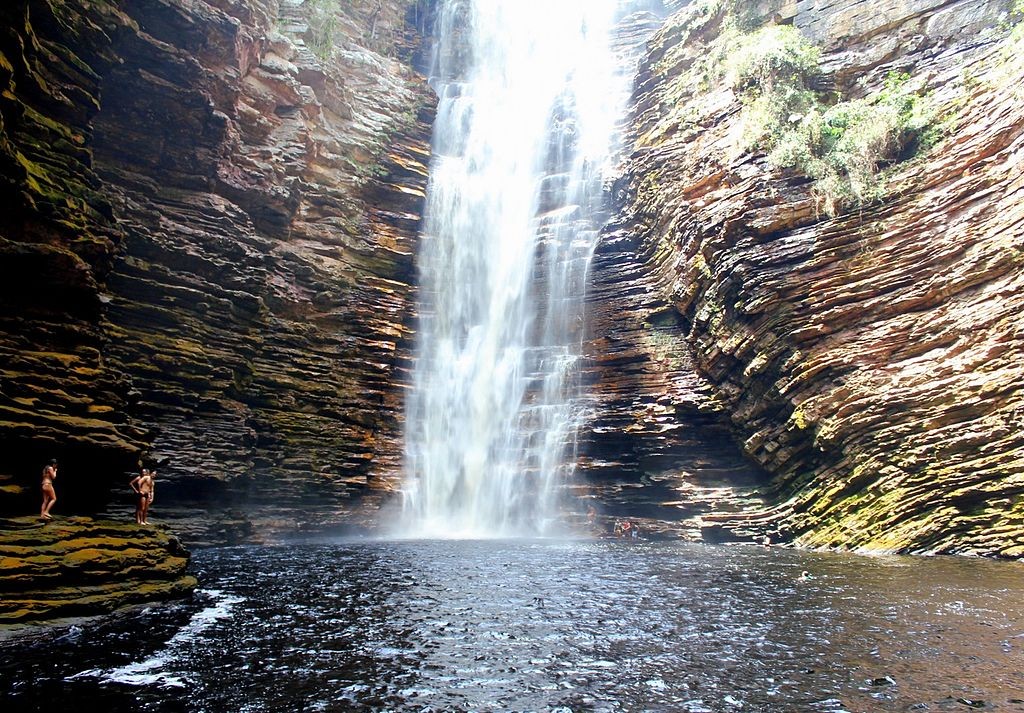 The winding chains of sand dunes interwoven with temporary freshwater pools in Lençóis Maranhenses National Park take tourists’ breath away and intrigue researchers. Located in the northeastern state of Maranhão, the Lençóis Maranhenses National Park is site of the largest dune field in South America, covering nearly 600 square miles – almost the same area as the city of São Paulo. 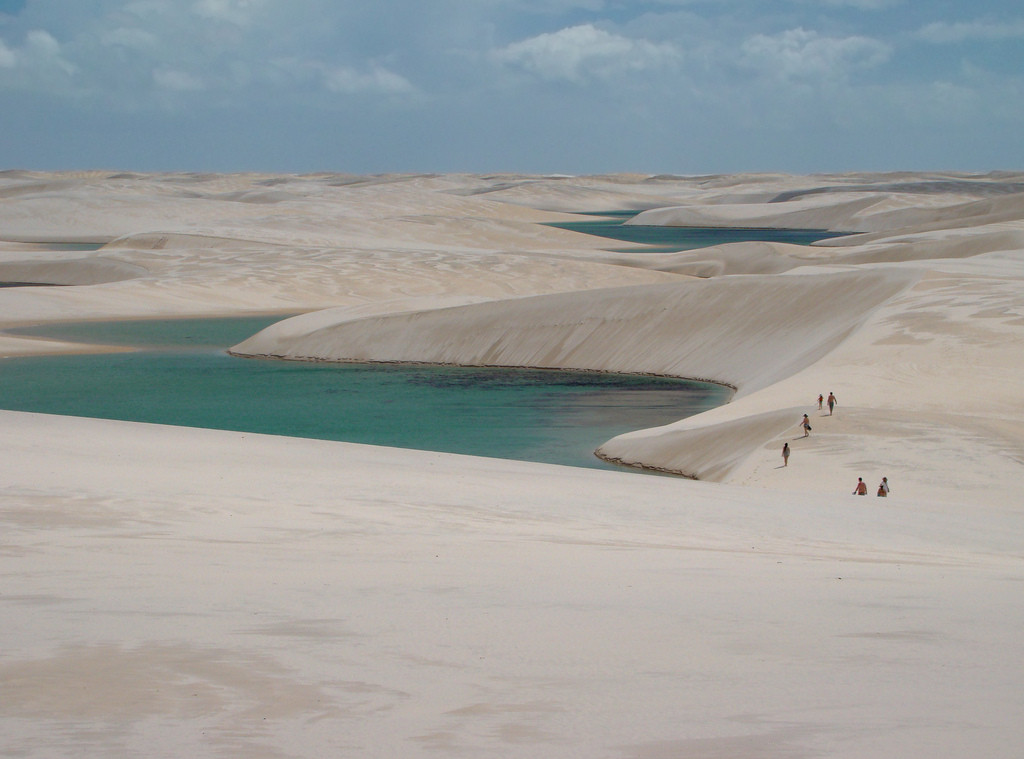 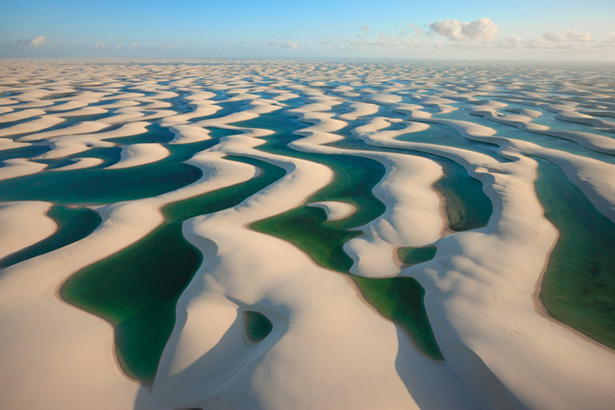 Fernando de Noronha is an archipelago of 21 islands and islets in the Atlantic Ocean, 354 km from the Brazilian coast. In 2001 UNESCO designated it as a World Heritage Site because of the importance of its environment. It is home to the top two beaches in Brazil – Praia do Leão and Baía do Sancho. Both beaches offer crystal clear blue water with areas for swimming and snorkeling. 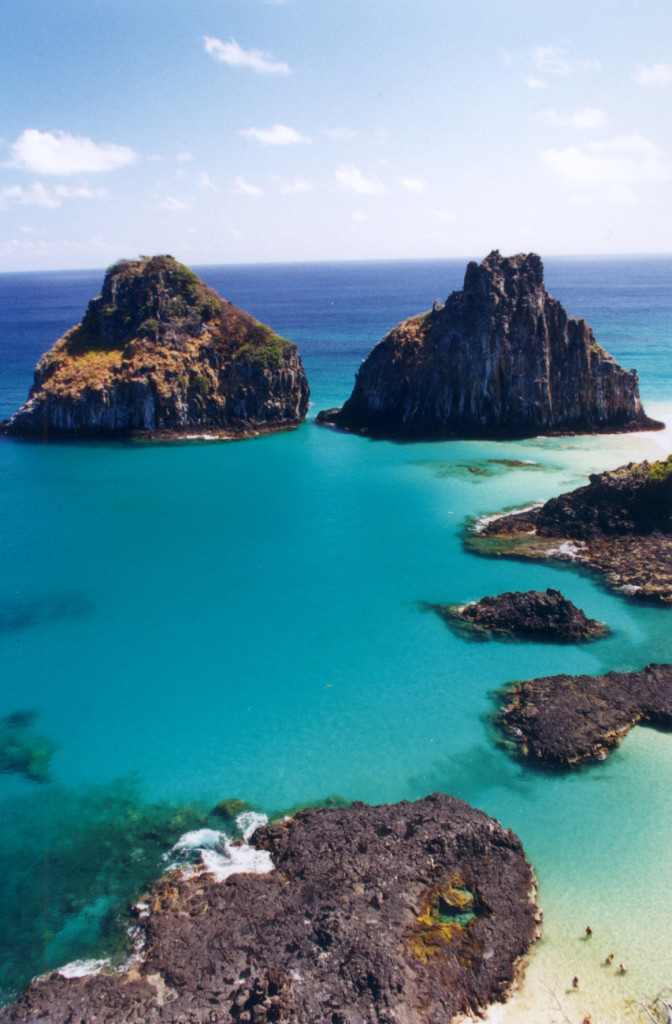 Bonito is in Mato Grosso do Sul. Bonito is in the middle of a region which is being discovered as “Caribe do Centro-Oeste” (Caribbean of the Central-West) due to the unbelievable blue color of its waters. The rivers are some of the clearest and most transparent in the world. The tours need to be booked through an official tourist agency and require an accredited guide. Pure Brasil offer many tour options and their guides are expert in the area. 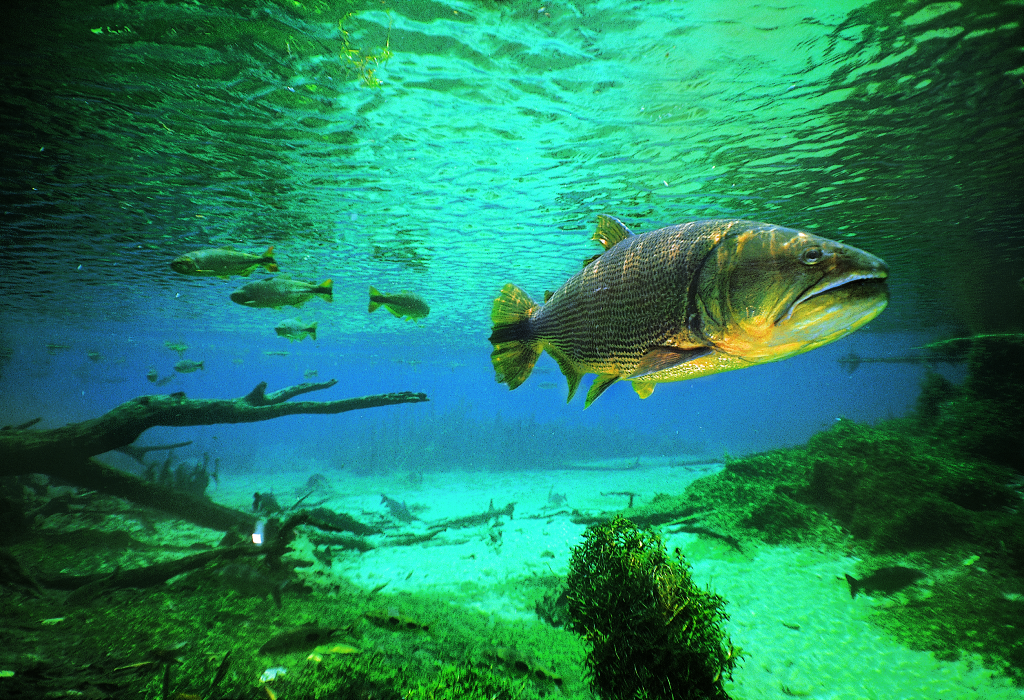 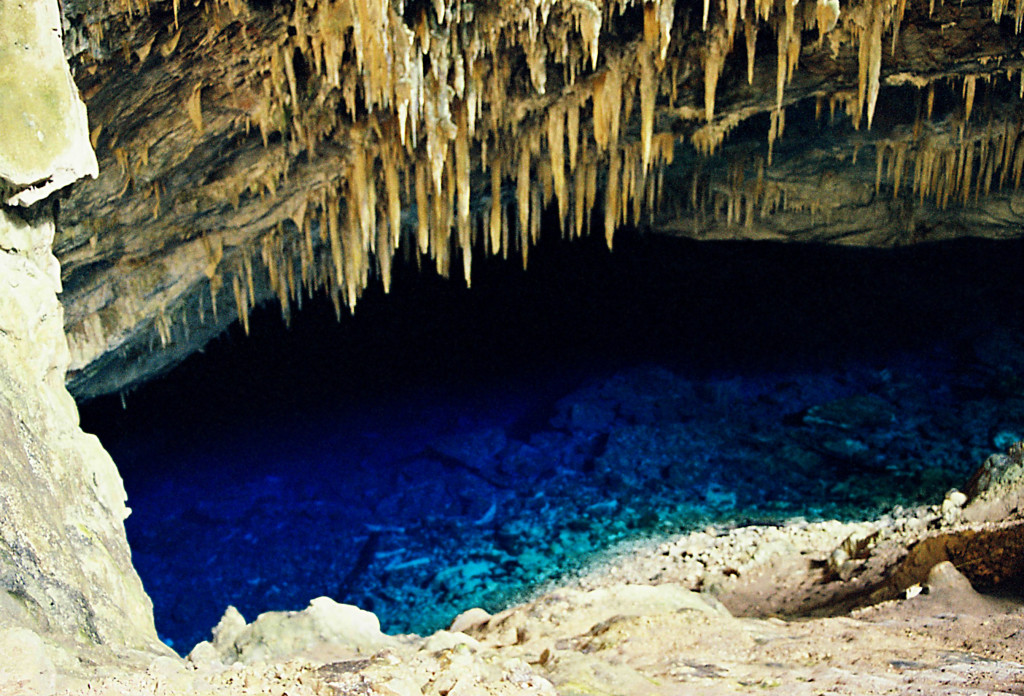 If you’re tired of your city this is the perfect place to be. Away from everything, this small fishing village is perfect to relax, sunbathe, and practice some sand-board on the immense dunes it’s surrounded by. The word Jericoacoara comes from Tupi (an indigenous language) and means “house of turtles.” It is a city of Ceará, a state renowned for its natural beauty, wildlife and many landscapes. Jericoacoara is a location great for windsurfing and sandboarding. 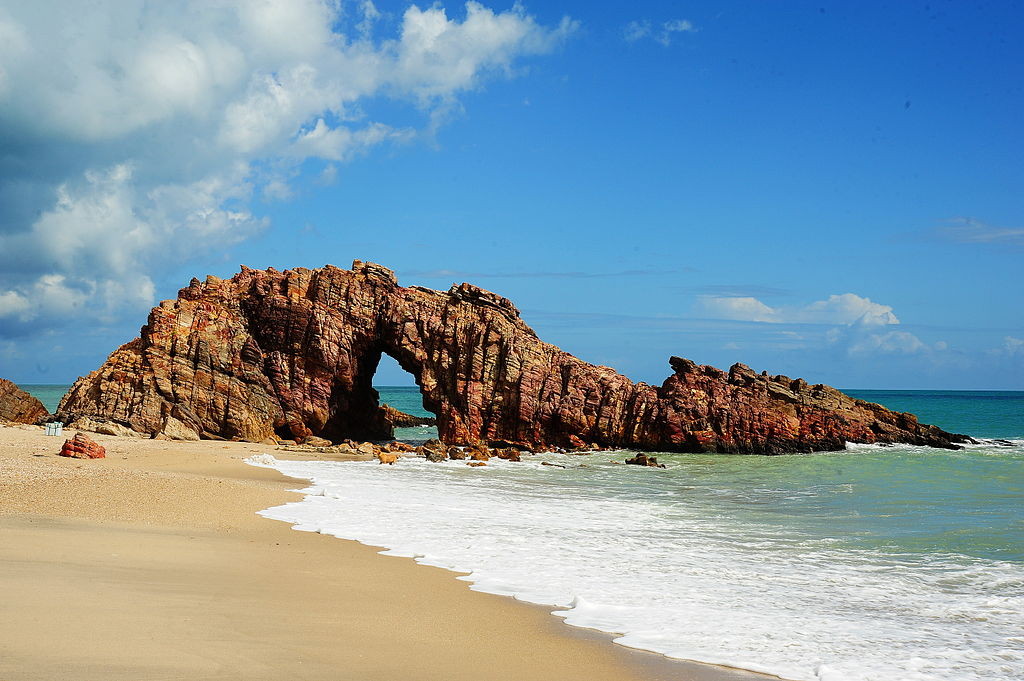 Maraú has beautiful beaches of rare beauty and clear water distributed to their various villages. It also has dozens of islands, waterfalls, mangroves. The best-known villages are: Barra Grande, Saquaíra, Taipus de Fora and Algodões. 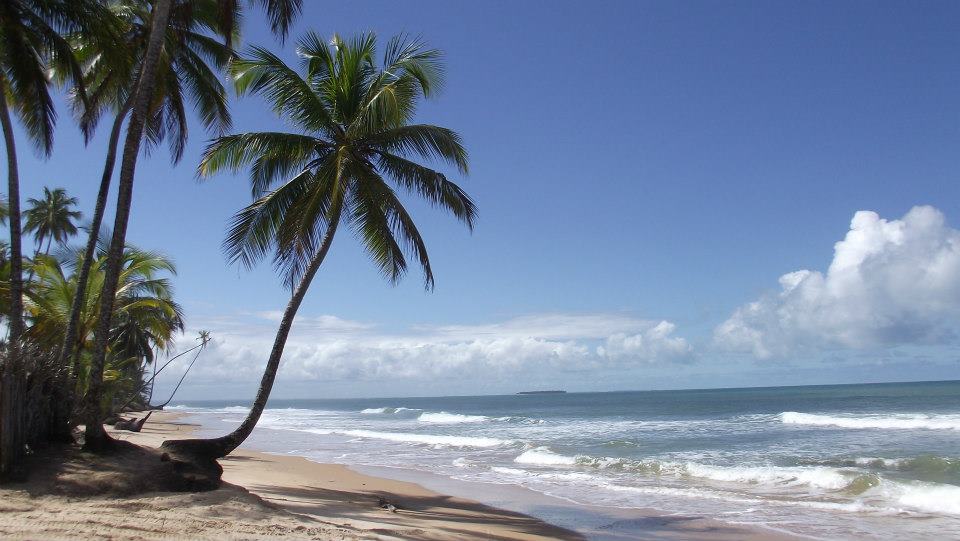 In the center of the South American continent, south of the Amazon basin and east of the Andes, lies an immense landlocked river delta where annual floodwaters regularly rise several meters and then recede.
The Pantanal is one of the most immense, pristine and biologically rich environments on the planet. This area is an unparalleled wildlife sanctuary of spectacular beauty, an ecological paradise containing hundreds of species of birds, thousands of varieties of butterflies, myriads of brightly colored flowers, and many kinds of fish. 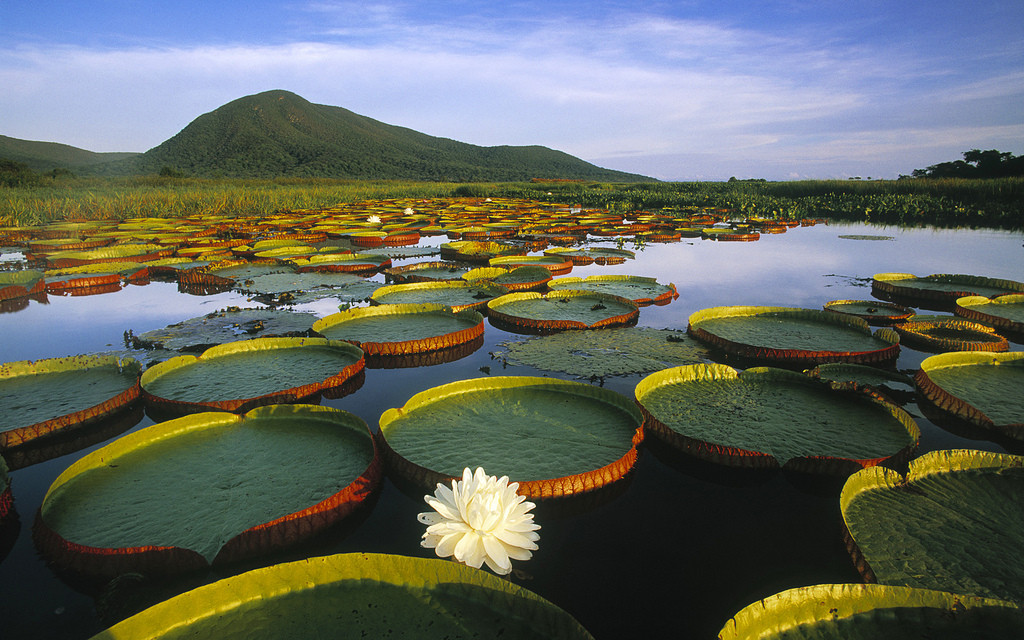 Paraty is a preserved Portuguese colonial and Brazilian Imperial municipality located on the Costa Verde (Green Coast), a lush, green corridor that runs along the coastline of the state of Rio de Janeiro, in Brazil. Paraty has become a popular tourist destination in recent years, renowned for the historic town and the coast and mountains in the region. It is surrounded by many parks and nature reserves. 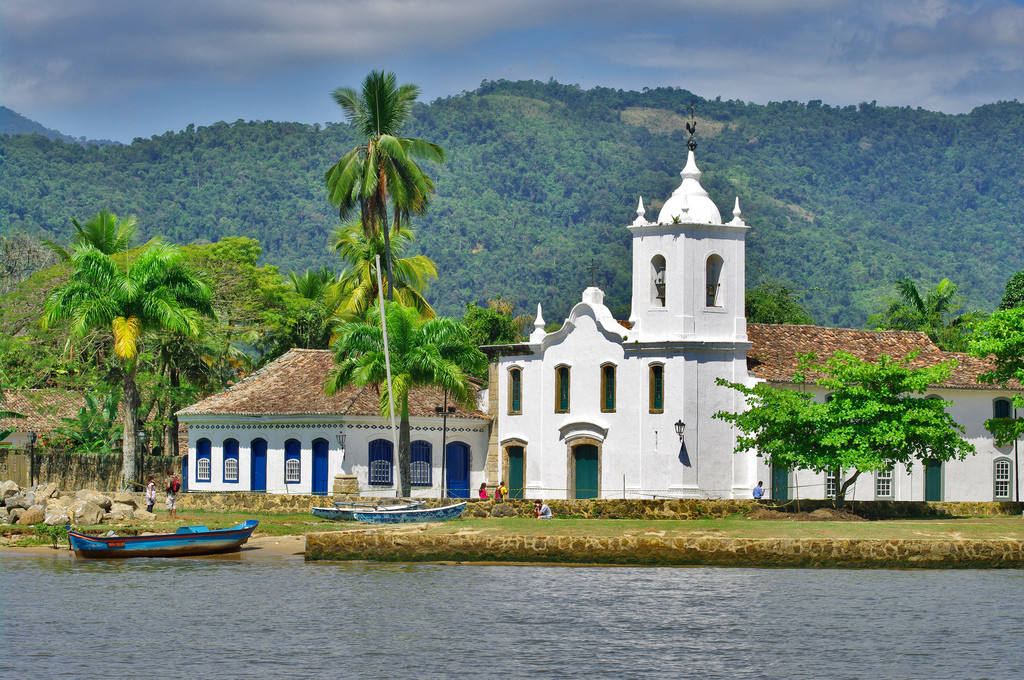 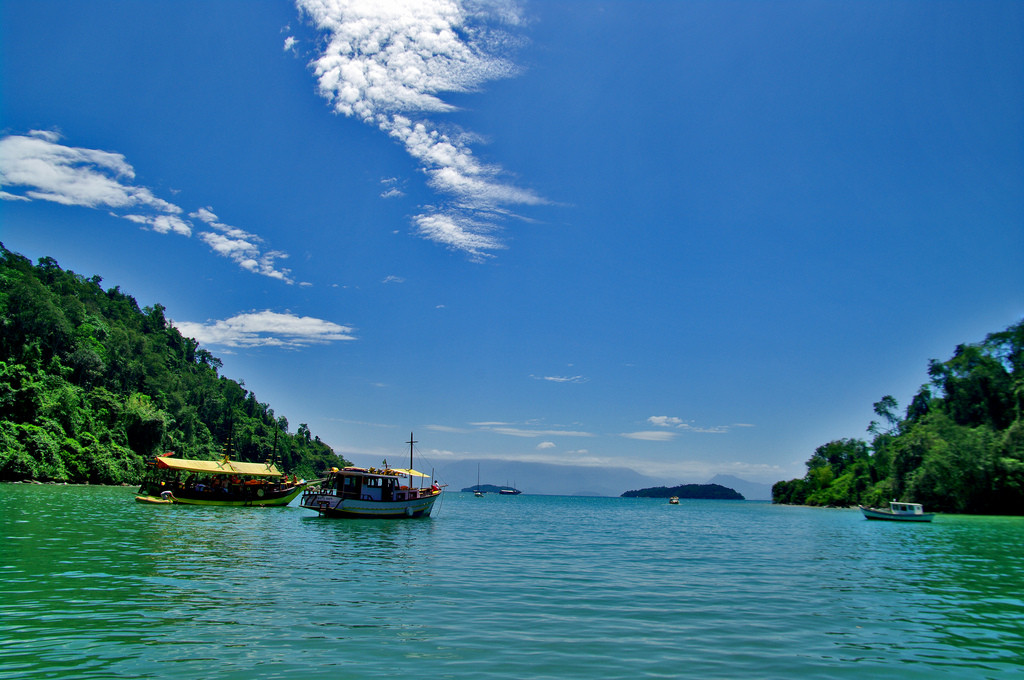 Ilha Grande (“Big Island”) is an island located off the coast of Rio de Janeirostate, Brazil. The island, which is part of the municipality of Angra dos Reis, remains largely undeveloped. The island, which is 193 km2 (75 sq mi) in area, is now a popular tourist destination that is noted for its scenic beauty, unspoilt tropical beaches, luxuriant vegetation and rugged landscape. 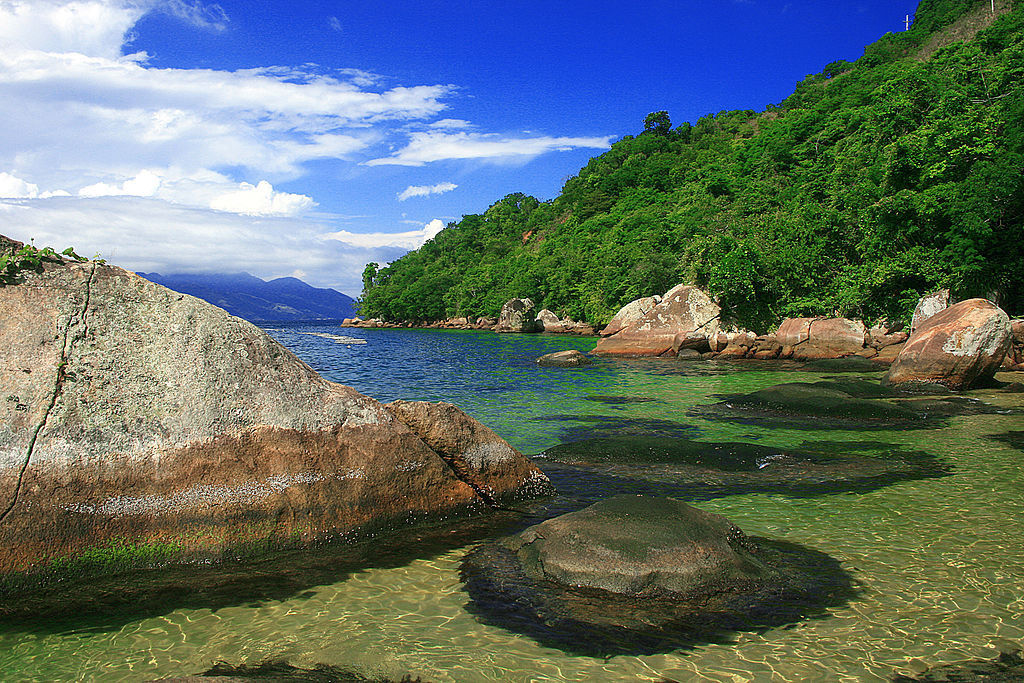 By Valdiney Pimenta (Own work by uploader) [CC BY 2.0], via Wikimedia Commons 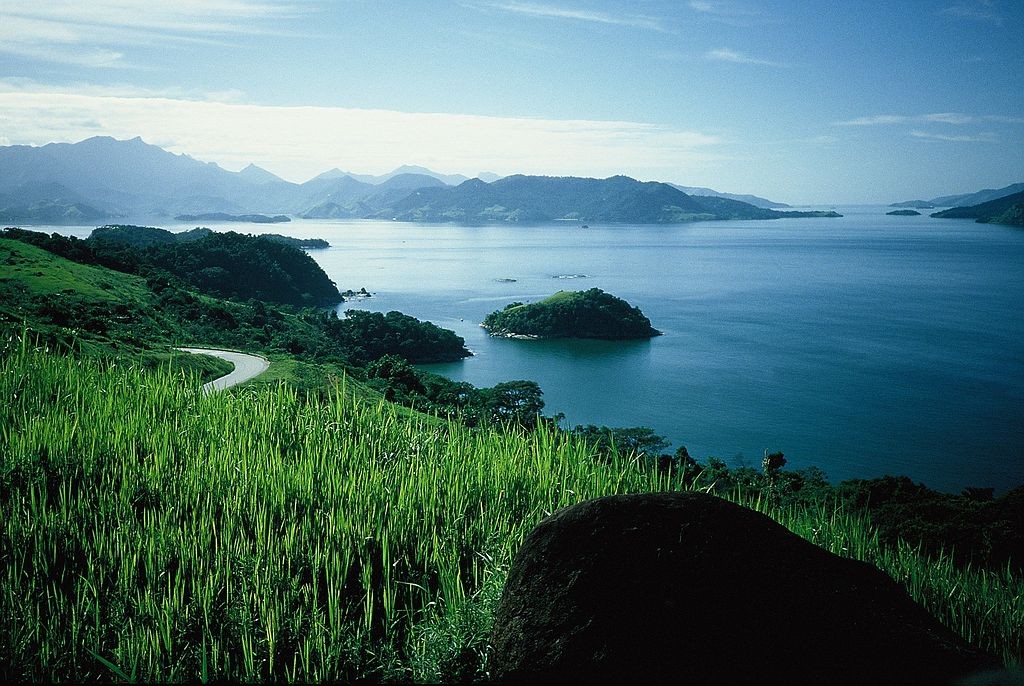 By Claus Bunks aka Afrobrasil on flickr (Own work) [Public domain], via Wikimedia Commons

Toque-Toque Grande and Toque-Toque Pequeno are two beaches at the Atlantic Ocean in the city of São Sebastião, SP, Brasil. They are separated by another beach called “das Calhetas”, being 2,4km away from each other. 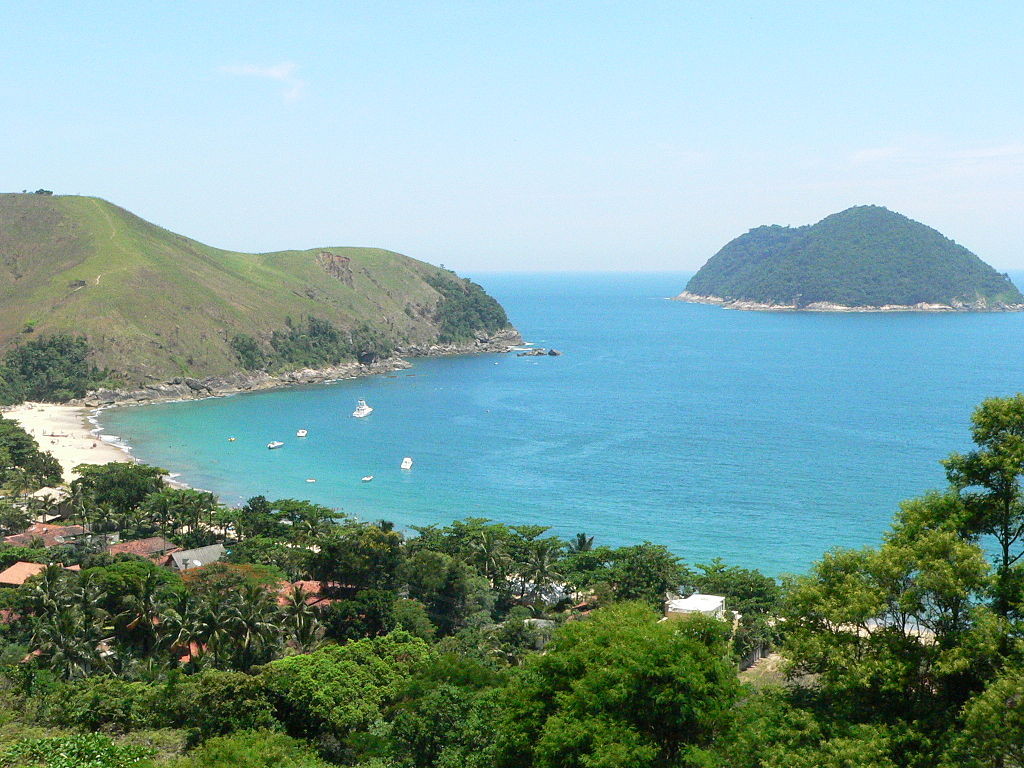 These are some of the incredible destinations Brazil offers. There are many more to discover!

Contact Pure Brasil for more information on adventure travel in Brazil for a vacation of your lifetime.

Posted On July 20, 2015 ~ 0 Comments
Ecuador is a perfect destination for kayakers. It hosts a wide array of rivers of warm waters and thick tropical rain forests. This gives multiple…

Kayaking and hiking in Bariloche

Posted On May 18, 2015 ~ 0 Comments
Bariloche | Trekking and Kayaking Excursion from Kallpa Tour Operator on Vimeo.