Access to the Inca Trail is strictly controlled and only authorized trekking companies are allowed to sell this trek. All guides on the Inca Trail must be licensed and only a limited number of trekking permits are issued. There are 500 people per day allowed and the permits must be purchased several months in advance. There is no such thing as a wait list or cancellation list.  If any agency tells you that they can do this, they are not telling the truth and may be operating illegally.

The Inca Trail permits are now sold out till late August. But there are still some spaces on Amazonas Explorer later fixed departure Inca Trails.

So if you cannot join an Inca Trail on a different date, what should you do?

We suggest you try one of these fabulous treks.
Lares (all year round though can be quite wet in Dec, Jan, Feb)
Choquequirao to Machu Picchu ( not possible Dec to April due to a river that becomes impassable)

I think these treks are just as good as the Inca Trail. Read on to find out a bit more about each trek.

You get more culture – the Lares people live as they have since the time of the Incas. A simple subsistence lifestyle, tending alpacas and llamas. Growing a few potatoes, carrots and onions. Most still live in low built stone houses, with thatched roofs and cook on smoky open fires. They still speak Quechua, the language of the Incas and wear the traditional red ponchos woven by hand. 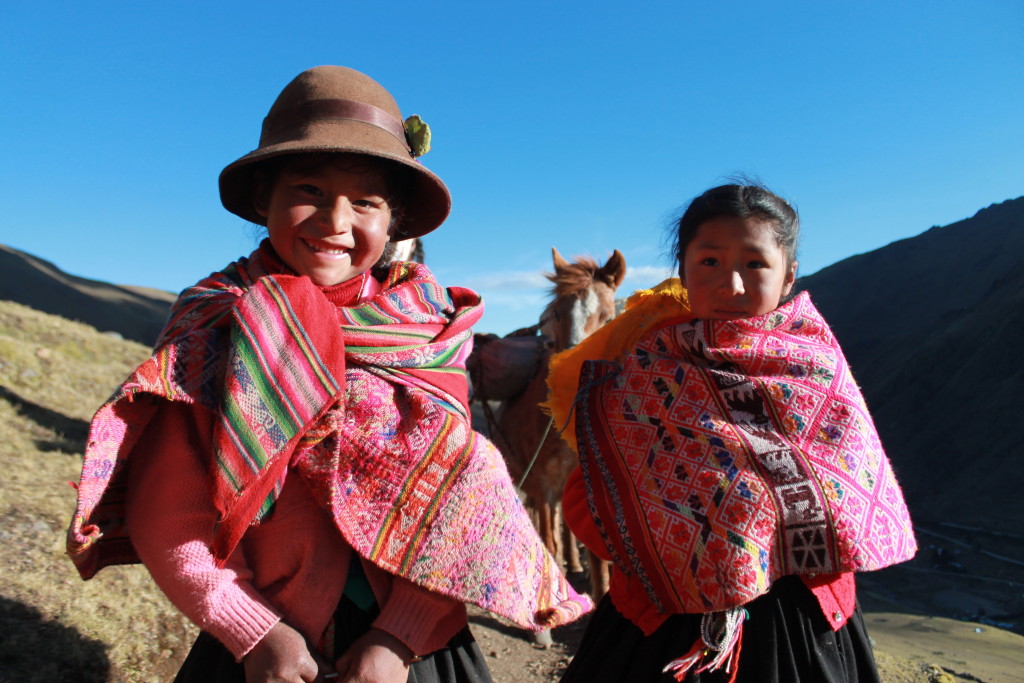 You get away from the crowds – The Inca Trail has 500 people starting it almost every day of the year. Our 5 day version avoids the crowds by staying half a day out of sync with the masses doing it in 4 days. But the Lares trek sees far less people. Hence why it is relatively unknown and thus can be hard to sell. There are numerous Lares routes, so the few people that do go are spread out between the routes

You get your knees intact – The Inca Trail has a lot of big stone steps. When you are building rock steps you build as few as possible, so the steps are often very large. This can be really tough on the knees, not only does stone give a hard landing, but stepping down them is hard on the calves and thighs. By contrast Lares climbs and descends more gradually on soft ground.

You get horse back up – On the Inca Trail everything is carried by porters. So what we can take and what you can take has limits. Not so on the Lares trek. Everything is carried by horse allowing us to travel in even more comfort. Also there is always an emergency horse should someone be unwell. On the Inca Trail if you are too ill to walk, you will literally be piggy backed down the trail by the porters. Not really a pleasant experience for them or you, but the only choice.

You get to see it before it gets ruined- there are often as few as 5 visitors per day to Choquequirao. The Peruvian government plans to build a cable car to cross the mighty Apurimac river that protects these ruins from the masses. They want to open it up to more people to take the strain off Machu Picchu. Currently the only way to get there is to walk over 30 km, down into the canyon and back up again. Get it while you can.

You get more time to acclimatise – Choquequirao is even lower than Cusco, at 3050m. To get there you start at Cachora 2900m, drop 1600m to the river, then climb back up to 3000m. You then drop down the other side 1400m and climb back up again to 4000m. So not only is the highest pass 200m less than the Inca Trail, but you are well acclimatised by the time you get there.
You go more remote – this trek is well away from the crowds. You may see a few other trekkers on the way to Choquequirao but once you drop over the other side you will probably see nobody. Not even many locals. Maizal our most remote campsite is situated in someone’s garden in a settlement of less than 20 people. 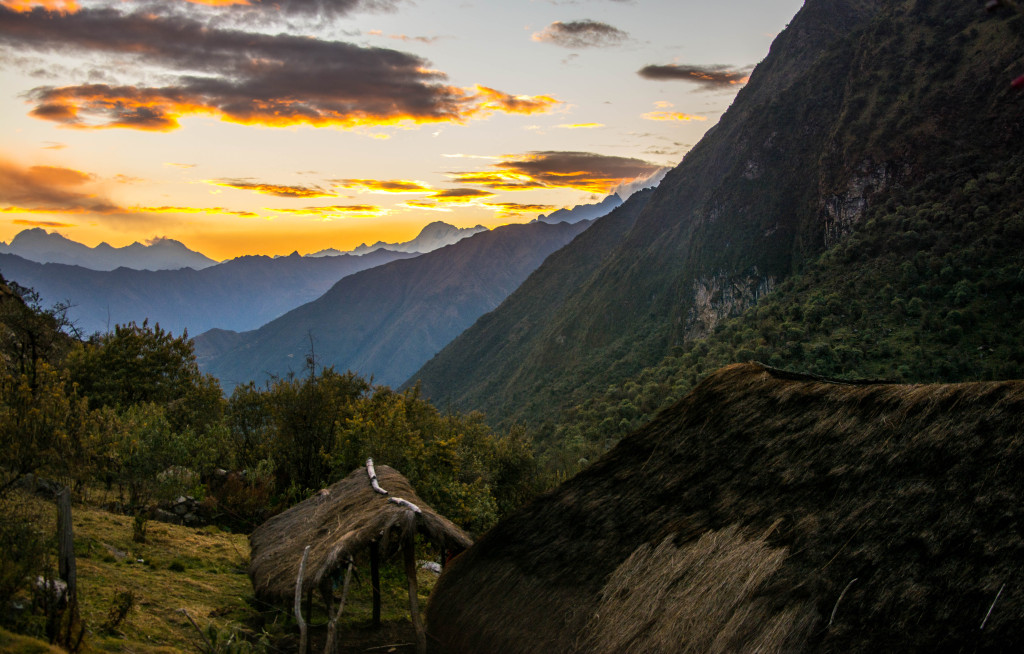 You complete a bigger challenge– this really is a fantastic challenge. Not only is it 22 km longer than the Inca Trail at 65km but it it tougher and wilder. If you really want to feel like you have earnt your visit to Machu Picchu this is the trek for you.
You get a Hiram Bingham trilogy- Sure everyone has heard of Machu Picchu and its “discovery” by the Yale university professor Hiram Bingham. But how many know about his other discoveries? He actually went to Choquequirao before he found Machu Picchu. Then he discovered Llactapata too.

You get a unique view of Machu Picchu– Few tourists have ever seen the ruins of Llactapata. Perched atop a small hill they were only re-discovered by British explorer Hugh Thomson and the American archaeologist Gary Ziegler in 2003. It was actually Hiram Bingham of Machu Picchu fame who first discovered them in 1912, but his map was so bad it took over 90 years for them to be found again.

You get horse back up – On the Inca Trail everything is carried by porters. So what we can take and what you can take has limits. Not so on the Choquequirao trek. Everything is carried by horse allowing us to travel in even more comfort. Also there is always an emergency horse should someone be unwell. On the Inca Trail if you are too ill to walk, you will literally be piggy backed down the trail by the porters. Not really a pleasant experience for them or you, but the only choice.

While the Inca Trail is rightly world famous, in my opinion these are equally world class alternatives.

Trekking To the Clouds

Posted On November 22, 2015
There is nothing that is as thrilling as getting to trek over a hilly terrain. This is due to the fact that it is not…

Posted On January 30, 2015
Atlas' member representing Peru, Amazonas Explorer, has launched a brand new website. It took many months of hard work and dedication and it is finally…

Posted On March 17, 2015
When traveling you want to experience everything you can from new places. One experience you cannot miss is trying the local food. Use all your…